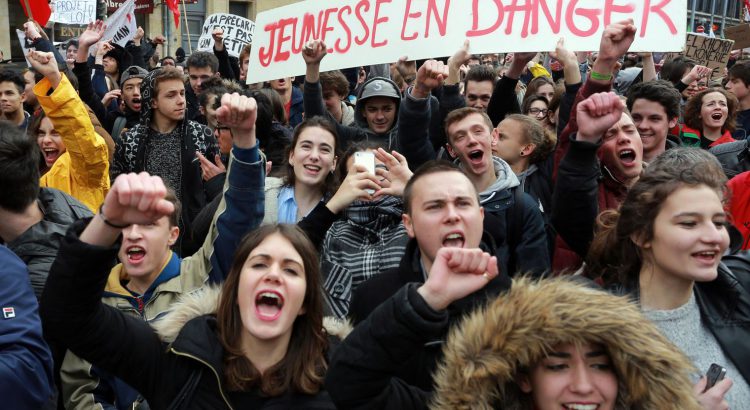 « They [young people] should be protesting violently » : here is a sentence that I did not expect to read in a UBS brochure (News Prévoyance, no 2, june 2017, my translation). Did the largest Swiss bank just hire M. Mélenchon as a spokesman?

Well, no. This sentence is taken from the chronicle by M. Martin Spieler on the reform of the Swiss retirement system. He argues that young people are losing the most from the reform, and that the solution is – surprise, surprise – for their parents to open a tax-free retirement savings accounts.

The strawman of a conflict of generations

Marketing aside, the young generation is not sacrificed. Of course, young people will have a less generous retirement system than the current one: if it had been possible to keep the current scheme, we would not be talking about retirement reform, wouldn’t we? In addition, rejecting the reform would make matters even worse.

It is true that working age people relatively close to retirement will face a less stringent deal than younger people (with the caveat that the situation is contrasted depending on income). This simply results from the fact that retirement planning is a long-haul exercise, and one shouldn’t abruptly change the rules for people who do not have enough contributing years remaining to make up for the change.

A look beyond retirement

If we really want to contrast generation, then let’s take other aspects into account than just retirement. Today young people benefit – rightly so – from an excellent education system offering them more opportunities than in the past. They do not suffer from higher unemployment than previous generations, as shown by the figure below. Long term unemployment is actually much more of an issue for older workers. 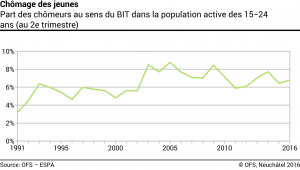 I fully understand that young people have reasons for grief in emerging countries, or in some European countries where they recently suffered from mass unemployment which will weight on them for many years. But in Switzerland? While of course not everything is rosy, including changes in the retirement system, the young Swiss are far from being a lost generation.

One should not turn the debate on the retirement reform into a generational conflict. Especially so given that the opponents are usually not noticed for any deep concern towards young people on other topics, such as scolarships or unemployment insurance for instance.